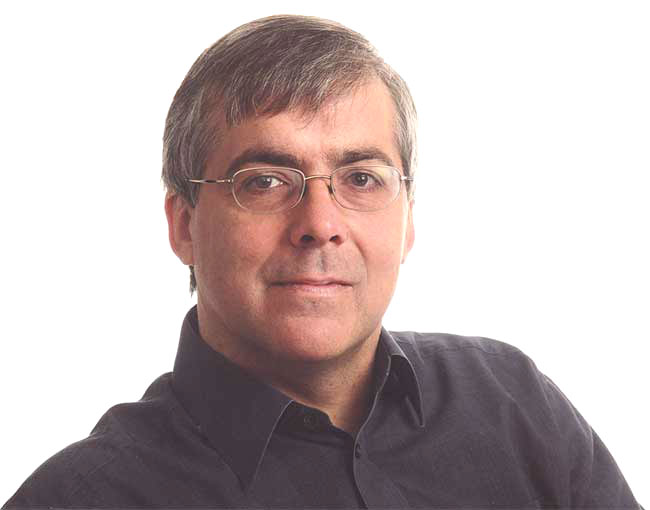 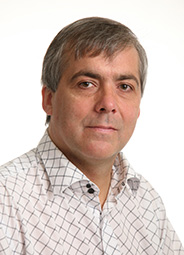 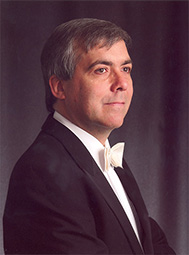 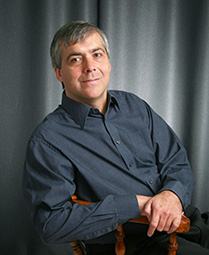 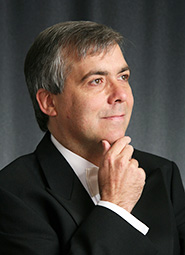 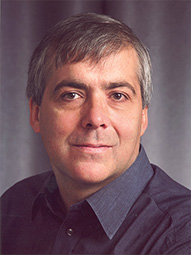 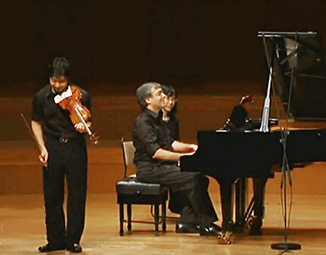 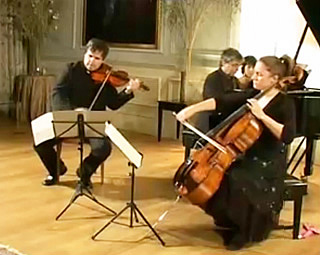 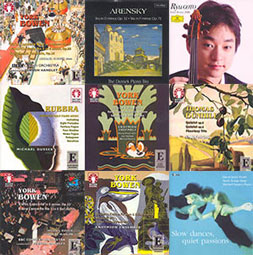 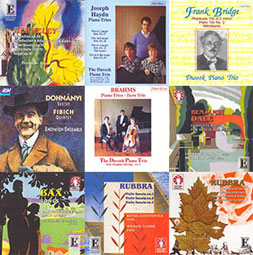 For reviews of Michael’s many CDs please see the Recordings section.

“Dussek proved simply outstanding in the glorious Piano Quintet...(he) played both with immense fire and passion, but also exhibited the most delicate of touches where the music demanded, and all finely matched by the quartet’s equally telling contribution. Despite the piano’s slight inadequacy, Dussek nevertheless skilfully ensured that he and the Dantes, who never once felt the need to hold back in this generous outpouring of pure Romantic expression, were all but equal protagonists, culminating in what was a quite sensational performance... (Stephen) Stirling gave a most compelling mini-lecture on the work (Brahms Horn Trio)...The performance itself must surely rank as one of the best instances of chamber-music playing heard for a very long time, distinguished by the correspondingly first-rate piano-playing of Dussek, and (Krysia) Osotowicz’s highly-sympathetic and suitably impassioned contribution.” Seen and Heard International July 2012 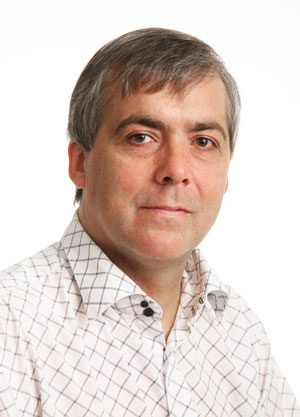 "Here, as well as elsewhere in the recital, Michael Dussek supplied the most sensitive and stylish keybord support."
The Daily Telegraph

“Stephan Loges’s dignified demeanour and musical characterisation were ideally suited to the demands of both cycles, as there were no artificial or exaggerated gestures...Michael Dussek’s accompaniment worked in tandem with Loges’s singing to achieve a consistent dramatic purpose...This was a performance of magnificent stature against which it is difficult to imagine that anyone’s defences could have remained firm. The interpretations of both the Britten (Songs and Proverbs of William Blake) and Schubert (Schwanengesang) cycles evoked those notions of the sublime as that which fills the mind with terror, astonishment, nobility and greatness, and were in consequence profoundly moving.”

“Masterfully partnered by Michael Dussek, the outstanding Japanese violinist Hideko Udagawa gave a superb programme at Cadogan Hall on April 27. Her programme was cleverly balanced, with two classical works framing two late 19-century/early 20th-century works. She began with a limpid and flowing account of Schubert’s always-delightful G minor Sonatina, in which Ms Udagawa’s tone and phrasing were a constant delight. Michael Dussek partnered her to the manner born, and they followed with a deeply impressive account of Strauss’s E flat major sonata Opus 18, a performance that suggested to this listener that this work is somewhat under-rated, so compelling and penetrating were Ms. Udagawa and Mr Dussek – at one in their commitment to the music. This was a splendid performance throughout. Szymanowski’s Fountains of Arethusa may not be so far removed from Strauss, but it demands more from the violinist in terms of colouration. Again, this excellent artist showed herself to be totally engaged with this high-point of Romantic chamber music. But it was in Beethoven’s C minor Sonata Opus 30 No 2 that these players showed the depth of their artistry, delivering a performance of fine musical understanding.”
Musical Opinion

“Among those chamber groups to grace the UK music scene over recent decades, Endymion has been second to none in its advocacy of new and neglected repertoire...Endymion gave a commanding account of a work (Vaughan Williams Quintet) which can easily sprawl if not kept on a tight rein..The evening concluded with a welcome performance of Ernö Dohananyi’s Sextet...A vital and life-affirming work, of which it would be hard to imagine a more committed or engrossing performance.” Wigmore Hall Recital October 2012, Classical Source

“The other two works in the Endymion programme were a reminder – though neither Vaughan Williams’s Quintet in D nor Dohnanyi’s Sextet in C is a diamond of the first water – of what an excellent ensemble it is.”

"The cellist Margaret Powell and her husband Michael Dussek blended to perfection in Beethoven's Sonata Op 102 No 1, in C major and even more in the G minor Sonata, Op. 65, of Chopin. They were able to sustain the long-breathed melodies of the latter in all their transformations and were not to blame for a certain textural sameness throughout the work. Mr Dussek was completely in command of his virtuoso piano part."

"The ensemble found an admirable pianist in Michael Dussek whose agility and cleanliness of articulation were exquisite." MusicalCriticism.com

"There are undoubtedly violinists with more technical prowess and a bigger tone than Lorraine McAslan, but few can boast her innate musicality and delicate yet firm way with the violin. She doesn't force the music on you, but persuades you to listen by dint of her utter sincerity and her total absence of outward display. Everything is achieved by putting her instrument at the service of the composer. All this was abundantly evident at her recital on Monday, given as part of the Beethoven Festival of chamber music at the Wigmore Hall, when she played three of his sonatas with a full comprehension of their inner needs. Her regular partner was unable to appear. In his place came Michael Dussek, who proved a pianist very much in the same mould. Without subordinating his own personality, he managed to match his contributions to McAslan's playing, with a keen sense of line and fine articulation. They very rightly gave opus 12, No1 the simple attributes of clear legato and unaffected phrasing it asks for. In the much more demanding "Kreutzer", they increased the velocity and intensity for the outer movements, and brought a sweet grace to the theme and variations. For the serene and economic mood of Opus 96, the pair again found the right approach"
The Daily Telegraph 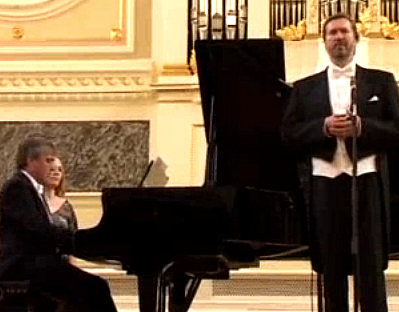 "The most consistently fine duo partner of his generation; excelling in a field where the standard has anyway risen enormously in the last few years." Classical Music Magazine

"In a century not short of musical revolutions, the appearance of Ligeti's Horn Trio in 1982 was one of the more quietly subversive moments...The trio is intriguingly subtitled "Hommage to Brahms". And, though there is nothing nostalgic or anecdotal about Ligeti's music, it's still fascinating to hear it programmed alongside Brahm's own Horn Trio Op 40, as it was in this recital by three members of Endymion - horn player Stephen Stirling, violinist Krysia Osostowicz and pianist Michael Dussek... The Endymion performances had a wonderful assurance about them, technical and musical, as if pairing these two distinctive masterpieces was the most natural thing in the world." The Guardian

"A recital at the Wigmore Hall was shared last night by the oboeist Douglas Boyd and the cellist Margaret Powell, both accompanied by Michael Dussek...Mr Boyd's tonal and dynamic range was impressively displayed by a G minor sonata by Bach, filched with justification from the flute repertory. His playing had fine phrase control and seductive charm. Mr Dussek's lovely accompaniment achieved a balance of shining precision." The Daily Telegraph

“ An accompanist with all the skill and mastery of a confident soloist, but with the intelligence to match his playing to his partners' without imposing or losing his own personality." Classical Music Magazine

"...Those threads are tied together in spellbindingly evocative writing for clarinet and cello, exquisitely realised by Catriona Scott and Gemma Rosefield, ably supported by Michael Dussek at the piano. (Cecilia McDowell's Cavatina at Midnight). Adam Gorb's Reconcoliation launches a sparkier, more combative dialogue for clarinet and piano, but finally achieves a tranquil, mellifluous resolution in which the warring elements are pacified. To the great credit of Scott and Dussek, however, their clashing dissonances never sounded rebarbative:on the contrary, tonal beauty was a feature of the strife as much as of the peace. Rosefield, playing with greater assurance than ever, gave a ravishing performance of Chopin's Cello Sonata with Dussek. Outstanding was the Largo, projected as though a half-remembered dream amid the passions and turbulence of life. They were joined again by Catriona Scott for a concluding performance of Brahms' A minor Clarinet Trio that against all the odds endowed it with a distinctly autumnal quality on an unseasonably warm spring day. " Barry Millington, Evening Standard

The Dussek Piano Trio..." an acclaimed ensemble...the trio played with vivacious elegance...a perfectly balanced and richly empathic ensemble. A technically immaculate and expressive rendition of Schubert's Trio in B flat major...the collective phrasing had the eloquence of real assurance, each colouristic ebb and flow exactly matched." The Strad

"Michael Dussek created a marvellously colourful backcloth, supple and imaginative, out of the fiendish piano part." The Strad

"A cellist who can make Schubert's Arpeggione Sonata float lightly and easily across the strings will always be assured a welcome... For Ofra Harnoy it could not have been a better introduction....The Arpeggione was her second item and the easy, lyrical quality that she gave it, especially in the slow movement which sang in the best Schubertian tradition, was a pleasure that was to last the whole evening... In Brahms' F major Sonata Op 99 the lyrical mood continued and expanded: simply and gracefully played, always searching out phrases where the tone might sing out... The accompanist was Michael Dussek who most considerately answered Harnoy's playing in the Brahms with elegant, not very Teutonic colours of his own: the first movement is notoriously difficult to balance (the piano part is almost a concerto on its own) but every note in this performance was clearly audible. They make a well-matched team." The Financial Times

"At the Wigmore Hall on 20 July the Russian bass-baritone Vassily Savenko joined forces with the Dussek Piano Trio in a finely conceived programme of Russian music. Mussorgsky's Songs and Dances of Death were interpreted with profound insight and glorious tonal range by Savenko, perceptively accompanied by Michael Dussek, who then joined his colleagues in Arensky's ardent Trio in D minor Opus 32. It is a very long time since I heard this splendid piece, whose neglect is indeed astonishing. Here it was rightly played with the passion clearly intended by a composer who deserves much more recognition. I loved every note."
Musical Opinion

"There was more majestic Beethoven from the Lindsay Quartet (the second Rasumovsky) and the Dussek Piano Trio (The Archduke)... and the Endymion Ensemble ended its stimulating morning concert with a gorgeously exuberant performance of Dohnanyi's flagrantly romantic Sextet for piano, wind and string trio. Now there's a composer due for revaluation."
Michael Kennedy, Sunday Telegraph , Cheltenham Festival

"The stormy, turbulent character of Brahms' Scherzo (from the F.A.E. Sonata) was quite brilliantly conveyed in as arresting a start to a recital as is possible. At their best, Beth Spendlove and Michael Dussek display an impressive technique and a quite astonishing energy". The Strad

"Admirably partnered at the piano by Michael Dussek...Mr Dussek's contribution was one of sterling accomplishment".
Daily Telegraph

"I haven't mentioned Michael Dussek, which in a way is the highest praise. Self-effacing but characterful, rock-solid yet with a sense of fun, his piano playing was terrific, as always."
Jonathan Burton blog, Endymion at Blackheath

"Both (Alexander) Baillie and (Michael) Dussek achieved a gossamer like thread of tone for Debussy's elusive, whispering music and bound together the quirkily episodic strands of the sonata's structure into a coherent and eminently satisfying whole. And it was gratifying for once to hear a performance of Chopin's sonata where the cello did not sound like an obbligato instrument. Both players achieved a remarkable degree of stylistic unity considering that Dussek was a late replacement for the originally advertised pianist." The Guardian

"The American cellist Helen Kim's programme had about it a mark of thoughtfulness, and so, it proved, did her playing. In Richard Strauss's Cello Sonata, an early work containing plenty of youthful passion but one which is also strongly disciplined, she responded with a wide range of expression and deeply considered musicianship, though there was never any doubt of the spontaneity of the effect. Her partner at the piano, Michael Dussek, brought all his experience to bear upon the piece too - it is, after all, as much a sonata for him as for her - and throughout the recital provided astute support." The Times